Report a Claim Member Access
When autocomplete results are available use up and down arrows to review and enter to select.
Apr 24, 2013

A Brief History of the Longshore Act: Part II 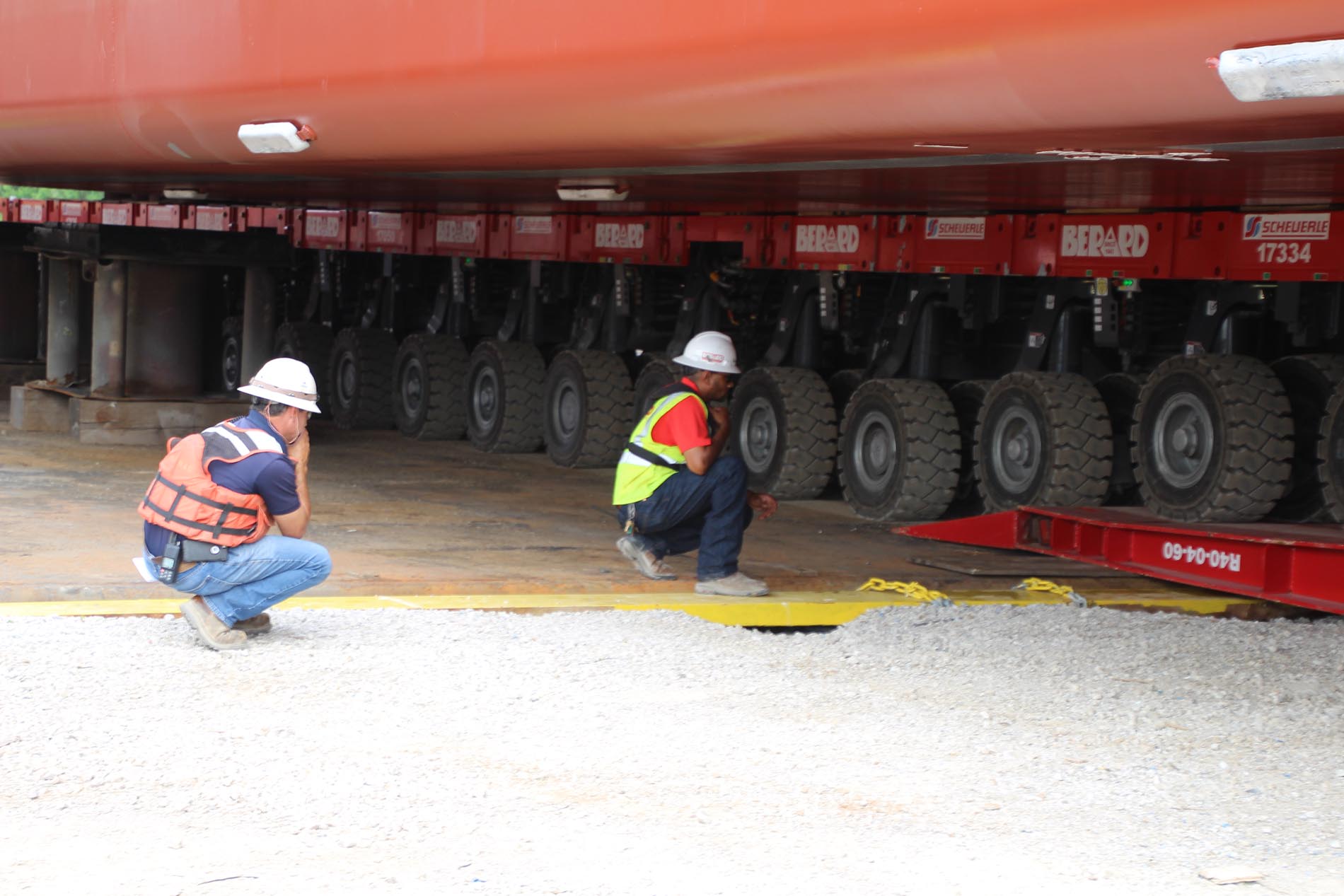 In 1927, finally convinced that the only way to provide workers’ compensation protection for land based workers injured over navigable waters was to enact a federal law, Congress passed the Longshoremen’s and Harbor Workers’ Compensation Act.  Section 903(a) set out the coverage, “…only if the disability or death results from an injury occurring upon the navigable waters of the U.S. (including any dry dock)” and no recovery was available under state law.

Jurisdictional confusion ensued: Congress didn’t exactly solve the problem in 1927.  A major treatise writer characterized the period following enactment as one of “impenetrable confusion”.  It also was described by the Supreme Court as plagued by a “twilight zone” of coverage problems (Davis v. Department of Labor, 317 U.S. 249 (1942)).  A later Supreme Court used the phrase “jurisdictional monstrosity” in its discussion of coverage issues under the Longshore Act (Sun Ship Inc. v. Pennsylvania, 447 U.S. 715 (1980)).

NOTE:  The Davis Court described the situation in a way that is still relevant today.  “These marginal cases fall within a “twilight zone” in which the employees must have their rights determined case by case…. This Court can do no more than bring some order out of the remaining judicial chaos as marginal situations come before us.”  There is never a shortage of marginal cases.

The problem with Congress’ water’s edge solution was that workers were constantly walking in and out of coverage during the course of the workday.  This result was contrary to the goal of nationwide uniformity in maritime matters.  Courts constantly struggled to make sense of the jurisdictional confusion caused by these workers who were land based but worked over water.

The persistent problem of concurrent state and federal jurisdiction arose during this period as courts applied state laws to workers even on occasions when the worker was injured over the water (the Davis case) if the court found that the worker’s activity was “maritime but local”, while in other cases courts found federal law applied to injuries on land.  No one was sure who was covered when or where.

Other problems with the 1927 Longshore Act began to surface.  Although the Longshore Act and the Jones Act were mutually exclusive, the courts continued to confuse longshoremen with seamen.  In Seas Shipping v. Sieracki, 328 U.S. 85 (1946), the Supreme Court created the right of a longshoreman to sue a ship owner, who was not his employer, under the warranty doctrine of unseaworthiness.  (This was a seaman’s right, and in a much later Supreme Court decision (McDermott v. Wilander, 498 U.S. 337 (1991)) the Court attributed this result to the Sieracki Court’s confusing longshoremen with seamen.)

Finally, in 1969, the Supreme Court pointedly invited Congress to amend the Longshore Act.  The dissent in Nacirema Operating Co. v. Johnson, 396 U.S. 212 (1969) protested the incongruity and unfairness of having coverage determined by “where the body falls” and argued instead that the Act was “status oriented, reaching all injuries sustained by longshoremen in the course of their employment”.  There were a total of four injuries in Johnson.  The only injured worker who recovered Longshore Act benefits was the one knocked into the water.  The majority stated that, “The plain fact is that Congress chose the line in Jensen separating water from land at the edge of the pier.  The invitation to move that line landward must be addressed to Congress, not to this Court.”

So, a number of factors had accumulated to put pressure on Congress to make changes in the Longshore Act:

1. The Sieracki seamen problem (unseaworthiness remedy for longshoremen);
2. The Ryan doctrine (warranty liability for stevedore employers);
3. The coverage uncertainties;
4. The $70 per week maximum Longshore Act rate was too low for the relatively highly paid maritime workers;
5. Technology – much of the work done by longshoremen and shipbuilders had moved on to land (crane’s servicing ship’s holds, containerization and pre-fabrication).

It was time for changes.

III. 1972 – 1984
The Longshore Act was significantly amended in 1972.  Among many other changes, Congress accepted the Supreme Court’s invitation and moved the jurisdiction line.  It replaced the water’s edge of 1927 with a two part status and situs test.  The amendments moved coverage landward to “adjoining areas” (situs) for “harbor workers” and others engaged in “maritime employment” (status).

The 1972 amendments also overruled Sieracki and Ryan.  Remember, the years from 1946 to 1972 saw increasing controversy over the circular liability/double recovery problems of Sieracki/Ryan.   This circular liability situation was eliminated by the 1972 amendments in §905(b), which substituted negligence for unseaworthiness as the longshoreman’s remedy against vessels.  The injured worker could no longer sue the vessel owner for unseaworthiness.  If there was an award under a third party negligence suit (where the vessel owner is the third party), then the stevedore employer is repaid for the compensation benefits that he’s paid.  Also, the stevedore employer could not be sued by the vessel owner for indemnification.  So, the 1972 amendments eliminated the ship owner’s liability to the longshoremen for unseaworthiness and the stevedore’s liability to the ship owner for unworkmanlike service causing injury to workers.  (Under §905(b) of the Longshore Act, the longshoremen still have a negligence action under somewhat limited conditions against the vessel for full recovery.  Any recovery is a credit against compensation paid by the employer, so the longshoremen do not recover twice.)

In passing the 1972 amendments, Congress again sought the goal of a uniform, nationwide compensation system to apply regardless of whether maritime workers were injured on a vessel or in work areas adjoining navigable waters.  The amendments moved the line landward to include not only the traditional injuries on “navigable waters”, but also to so called enumerated areas described as “any adjoining pier, wharf, dry dock, terminal, building way, marine railway, or other adjoining areas customarily used  by an employer in loading, unloading, repairing, or building a vessel.”  Of course, the precise location and identification of what and where are the “situs” boundary lines – specifically what is an adjoining area – continues to be a subject of much judicial debate.

Congress extended coverage to workers in areas adjoining navigable waters, but it did not intend to extend coverage to everyone who happened to be in a maritime area.  The amendments added the “status” requirement to the newly expanded “situs” test.  The intent was to cover workers who perform some portion of an “integral part” of a maritime activity such as loading/unloading of cargo or ship building or ship repair.  Section 902(3) states, “The term employee means any person engaged in maritime employment, including any longshoreman, or other person engaged in longshoring operations, and any harbor worker including a ship repairman, shipbuilder, and ship breaker.”

Note:  The authors of the preeminent textbook on admiralty reference the fact that the status requirement is not limited to the occupations listed in §902(3), but that those trades are only part of the larger group of activities that make up maritime employment.  In fact, they state, “the almost infinite range of the conditions of waterfront employment has been detailed in thousands of cases”.  (Gilmore & Black, The Law of Admiralty, 2nd Ed.)

The key is that compensation should not depend on the fortuitous circumstance of whether the injury occurred on land or over water.  There should be a uniform system applicable to workers who have a “realistically significant relationship to traditional activity involving navigation and commerce on navigable waters”.  (Odom Construction Co., Inc. v. U.S. Department of Labor, 622 F.2d. 110 (5th Cir. 1980) quoting Weyerhauser Co. v. Gilmore, 528 F.2d. 957 (9th Cir. 1975)).

There continue to be differences among the federal circuit courts as to the meaning of the terms “adjoining areas” and “customarily used” and the parameters of the “status” test.  The term “harbor worker” was not defined and continues to be open to interpretation.

Note:  In addition to the jurisdictional changes, the 1972 amendments created the Special Fund assessment, added a cost of living adjustment to weekly compensation paid for permanent disability or related death, changed the requirements for second injury fund relief, protected stevedore employers from indemnity liability to ship owners, and took the responsibility for formal hearings away from the U.S. Department of Labor’s Deputy Commissioners and placed formal adjudicative procedures with the Office of Administrative Law Judges and the Benefits Review Board under the Administrative Procedures Act.