Report a Claim Member Login
When autocomplete results are available use up and down arrows to review and enter to select.
Sep 8, 2015 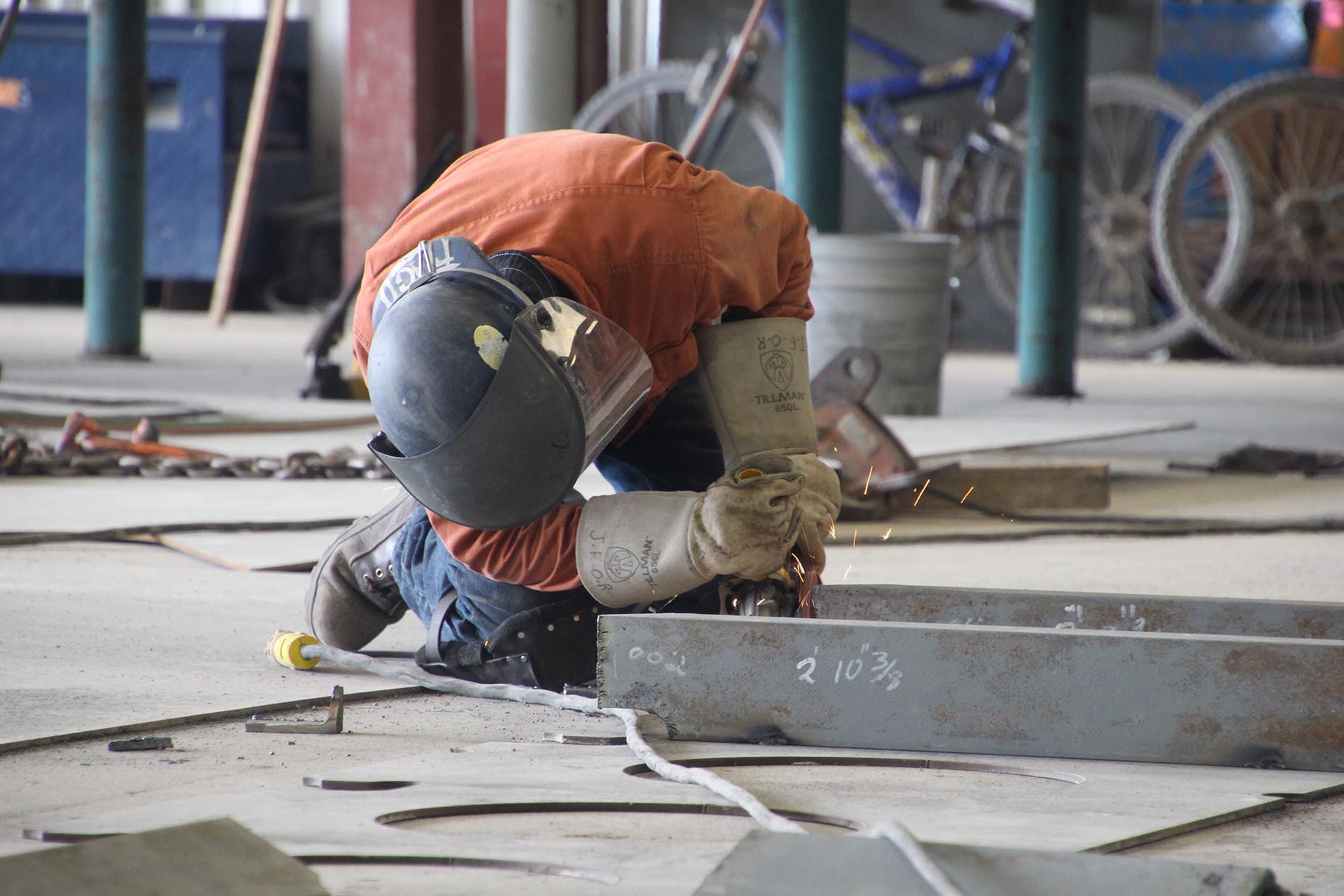 This is a very important concept for all parties to a Longshore Act claim.  There is a great deal at stake.

If an injured worker meets his prima facie case, raising the section 20(a) presumption of causation, and he establishes that he is unable to return to his former employment, he is totally disabled.  And remember, an injury does not have to be severely medically disabling to constitute total disability under the Longshore Act’s approach to defining disability in terms of wage earning capacity.  A relatively minor injury can preclude a worker from returning to heavy labor.

Once the worker’s prima facie case is made, and he presents evidence that he cannot return to his old job, the burden of proof shifts to the employer to show that the disability is partial rather than total.  The employer can meet this burden by demonstrating the existence of “suitable alternate employment” (SAE).

To illustrate the importance of this issue, let’s take the example of a thirty year old worker with an Average Weekly Wage (AWW) of $1,200.  Let’s say that he is a container repairman, doing work that is considered to be “heavy”.  He injures his back, and he produces evidence that he cannot return to his former job.  At this point, he is totally disabled.  When he reaches MMI (maximum medical improvement) his condition changes from temporary to permanent (and total) disability.

His compensation rate for total disability is $800 per week (two-thirds of his AWW of $1,200), and if and when the disability changes from temporary to permanent, the weekly rate will be adjusted each October 1 for changes in the National Average Weekly Wage.  Barring a change of condition or a modification under Section 22, the total incurred loss to the employer for weekly compensation payments for this case of permanent and total disability, based on life expectancy, is in the range of $2 million, without even factoring in annual cost of living increases.

If the employer is able to establish a wage earning capacity (WEC) for this worker of $400 per week based on proof of SAE then the total disability is partial, the weekly compensation rate becomes $533.33 (two-thirds of the difference between the pre-injury AWW of $1,200 and the post injury WEC of $400) and the total incurred loss to the employer in this case is about $1.38 million. Since the disability is partial and not permanent there are no annual cost of living increases.

So establishing “suitable alternate employment” in this case can be worth around $600,000 to the employer/carrier over the life of the claim (actually much more than that when you consider the effect of annual increases).

So, now that we have an idea of what’s at stake let’s discuss the concept of SAE.

Our starting point is the case of a worker who cannot return to his former job.  At this point, the burden is on the employer to show that the disability is partial rather than total.

The employer meets this burden by presenting evidence that a range of jobs exists in the relevant labor market which is reasonably available and which the disabled employee can perform and is realistically able to secure.

There are a number of formulations of the employer’s burden among the various federal Courts of Appeal, but with some differences that your lawyer will have to worry about they all express the same general idea.  That is, that there are jobs within the relevant geographic area (usually where the claimant resides) which he is capable of performing, considering his age, education, work experience, physical restrictions, and any other relevant vocational factors that present themselves, and which he would be hired for if he diligently tried to get hired.

The foundation of the employer’s evidence usually takes the form of a labor market survey (LMS) prepared by a vocational specialist and based on a functional capacity evaluation (FCE).  The FCE will reflect the claimant’s physical restrictions with regard to activities such as bending, lifting, carrying, repetitive motions, sitting, standing, walking, changing position, etc.

The vocational report and LMS must reflect all of the claimant’s physical restrictions and other vocational factors, such as technical and verbal skills, language barriers, level of education, etc. (even things like the ability to drive may be relevant).

The LMS will present a list of available and reasonably obtainable jobs in the relevant area that the vocational expert believes that the claimant can perform.

The Administrative Law Judge (ALJ) will compare the claimant’s physical restrictions and other vocational factors to the physical requirements of the jobs relied on by the employer’s LMS to determine whether any of the jobs are suitable.  On the basis of this evaluation, the ALJ may establish a wage earning capacity for the worker.

Bear in mind that this is an adversarial process.  The claimant will likely have his own vocational expert testify at a hearing, and it is likely that the claimant’s treating physician will list physical restrictions more limiting than those reported by the employer’s doctor.  And of course, the claimant will testify as to his own self-described limits.

Proving the existence of SAE is a difficult burden for the employer.  The ALJ may favor the functional restrictions found by the claimant’s treating physician due to his greater familiarity with the claimant’s medical history.  He may credit the claimant’s testimony regarding constant pain and other limiting factors.  The employer has to try to cover all the bases with his LMS.

To reach a decision as to whether the employer has met its burden to establish SAE, the ALJ will weigh all of the evidence, comparing the LMS(s) with the claimant’s physical and vocational restrictions to determine whether the employer has shown a range of available jobs in the labor market that the claimant can perform and that there is a reasonable likelihood that he would be hired for.

If the employer is successful in establishing the existence of SAE, and the ALJ finds a wage earning capacity (WEC) based on that SAE, it’s not over.

The burden now shifts back to the claimant.  His burden of proof to rebut the employer’s showing of SAE (and retain his award of total disability) is to show that he diligently pursued alternate employment opportunities but was unable to find a job.  He is not required to prove that he tried to get the actual jobs the employer showed were available, but he must establish that he was reasonably diligent in trying to find a job within the range shown by the employer to be suitable, available, and attainable.

Certain broad principles have formed in the course of the adjudication of SAE issues, although remember you will encounter differences in the analyses performed in the various federal Courts of Appeal.

The employer usually does not have to contact prospective employers on the claimant’s behalf or otherwise find the claimant a job.  But the employer’s evidence is stronger if he can show that his vocational specialist actually visited alternate works sites, spoke to hiring officials, and is able to offer a complete list of job requirements.

Usually a LMS showing a single job will not be good enough, unless your claimant is in a field with few openings for highly specialized workers.  The more jobs you offer as SAE, in different fields, then the better your chances will be of establishing SAE.

An employer’s vocational expert usually can rely on standard occupational descriptions from the Dictionary of Occupational Titles (DOT) without visiting actual worksites.

The need for a reasonable commute will not rule out jobs otherwise suitable.

Even in a scheduled award case the employer should be prepared to show SAE if the injured worker claims total disability.  Even if it’s just minimum wage positions among the usual litany of parking lot attendant, self service gas station clerk, cashier, etc. any wage earning capacity will rule out total disability.

You can establish SAE retroactively.

If the injured worker moves after the injury the case could get complicated, particularly if he moves to an area where employment opportunities of any kind are limited compared to the area where the injury occurred.  Usually where the claimant lives is presumed to be the area where the employer must show the availability of SAE.   When the claimant moves, some courts will inquire into the circumstances of the move and evaluate the reasons for it if the employer raises an issue in relation to possible prejudice.  If the court considers that the move was justified, then the employer will have to show SAE in the new area.

An excellent way for an employer to establish SAE is to offer the injured worker a job to return to in its own operation that meets his vocational restrictions.  Of course, it has to be a legitimate job, not simply make work or “sheltered employment” of the kind offered by a benevolent employer or family member entailing no real duties.  If the employer has such a job to offer, then it has met its burden of demonstrating SAE and the worker’s actual earnings on the job will establish his wage earning capacity.

This has been only the broadest introduction to an important and difficult issue for employers under the Longshore Act.  We saw what can be at stake in these cases.  This is the type of issue where consultation with an experienced Longshore attorney is indispensable.