Report a Claim Member Access
When autocomplete results are available use up and down arrows to review and enter to select.
Sep 1, 2021

Safety Focus: Preventing Struck-By Injuries From Objects Handled By Others 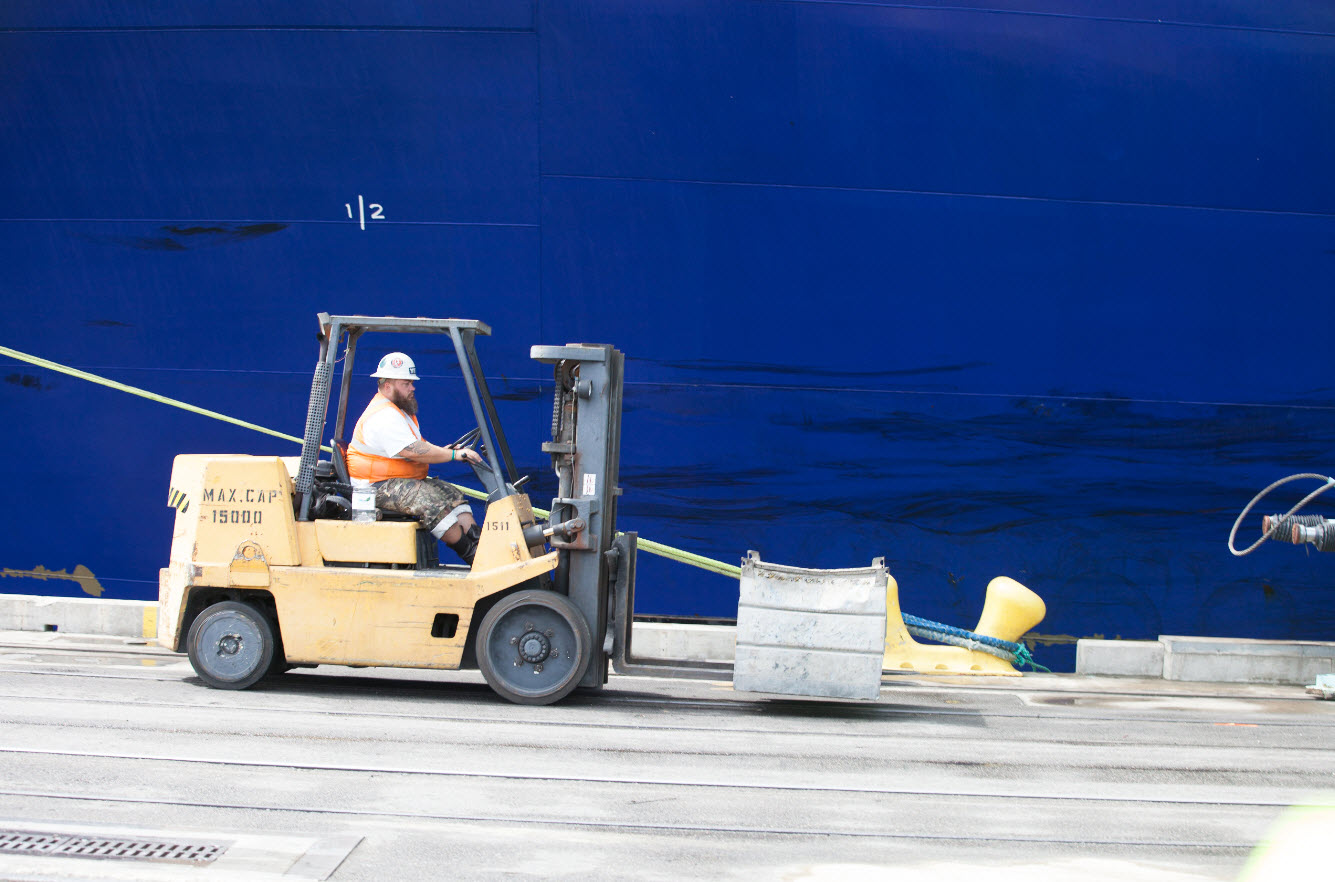 In a recent study by the U.S. Bureau of Labor Statistics, it was determined that approximately 16% of fatal work injuries involving forklifts were cases where workers were struck by falling objects. Employers in industries with longshoremen rely on forklifts to provide material handling assistance to workers. While forklifts enhance employee efficiency, they also introduce a variety of inherent hazards such as being struck by the loads they are lifting or handling.

Being Struck by an Object Handled by Others: What are the Exposures?

A "struck-by object handled by others" hazard is one in which a worker could potentially be injured by an object or load being lifted or handled by a forklift or other type of powered industrial truck. This type of struck-by hazard is often caused by unsecured/unstable loads or by the forklift being operated in an unsafe or improper manner, causing the load to be hurled or toppled from the forks.

The two specific hazards types are:

In the industries covered by the U.S. Longshore and Harbor Workers' Compensation Act,  it is almost impossible to avoid working in an area where these types of struck-by hazards exist due to the prevalence of powered industrial trucks performing critical work operations.

This particular type of exposure, and the control measures used for these exposures, require specific work planning. While some hazards can be easily addressed, many require additional evaluation and planning to eliminate or mitigate. Workers should avoid areas where objects handled by others work is being performed. A strike zone area should be established to protect workers from being struck by falling or hurled loads.

As part of our monthly Safety Focus initiative, the ALMA member resource website has a page providing safety resources related to struck-by hazards from objects handled by others Resources include: