Report a Claim Member Login
When autocomplete results are available use up and down arrows to review and enter to select.
Aug 15, 2012 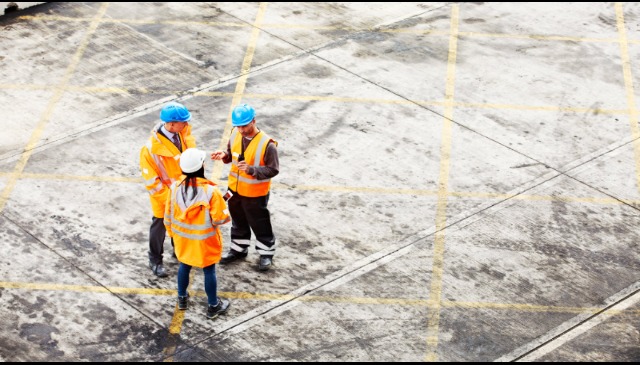 Previously, we discussed fights at work, and we recognized that fighting employees can quickly become workers’ compensation claimants.  It would be helpful here if you referred back to the discussion dated July 10, 2012, and reviewed the application of the provisions of the Act governing the Section 20 presumptions and the Section 3(c) defense.

At the end of the discussion we postponed one question.  What if the fight occurs in the parking lot next to the employer’s place of business?  This one question makes the location of the incident of primary significance and raises a list of additional considerations and issues.

It will make a difference, for example, if the parking lot is considered to be part of the employer’s business premises, and/or if the fight occurred there before or after regular work hours, and/or if the employees left the immediate work area specifically to go to fight in the parking lot.  In addition to the same issues of “arising out of” and occurring “in the course of” employment and the application of the Section 20 presumptions and the Section 3(c) defense that we discussed previously, incidents in parking lots raise questions of the application of the “coming and going” rule, whether the parking lot is a Longshore covered situs, and whether an employer/employee relationship exists at the time of the fight.

Is the parking lot part of the employer’s premises?  This issue will frequently determine which way the rest of the case will go.  A court will look at many factors here.  Is it a separate property, physically segregated from the work areas by fencing, roads, railroad tracks, etc.?  Is it owned by the employer?  Is it designated for the exclusive use of employees?  Are the employees required to park there?  Does the employer maintain the area?  Is the employer responsible for construction and repairs?  In other words, all aspects of the employer’s control of the area and the parameters of employee use will be considered.

If the parking lot is part of the employer’s premises, then it is likely that the fight will be considered to have occurred during the time and space boundaries of employment, and we’re back to the issues raised in the previous discussion involving the Section 20 presumptions, the Section 3(c) defense, and the issues of arising out of and in the course of employment.  We saw that these cases presented difficulties for the employer to defend.

If the parking lot is not part of the employer’s premises, then the employer may have several viable defenses to a workers’ compensation claim resulting from a fight.

The issue of situs is also raised.  Even if a fight occurs between maritime employees, in order for the Longshore Act to apply the location of the injury must satisfy the Act’s situs requirement.  According to Section 3(a) the location of the injury must be over navigable waters, on an enumerated site such as an adjoining pier, wharf, dry dock, terminal, building way, or marine railway, or on an “other adjoining area customarily used by an employer” for maritime employment.  If the parking lot is not part of the employer’s maritime premises, then the parking lot itself must meet situs as a separate property.  The employer may have a strong argument that the incident did not occur on a covered situs.

Remember, we said last time that if an incident occurs during the time and space boundaries of employment then it will be difficult for an employer to successfully argue that the injury did not arise out of and in the course of employment.  But if the incident did not occur in the time (coming and going rule) and space (not employer’s premises) boundaries, then the employer’s arguments are strengthened.  Also, if the parking lot is not a Longshore situs then there is no coverage and no Longshore claim.
So, an important threshold issue is, “Is the parking lot a part of the employer’s business premises?”