Report a Claim Member Login
When autocomplete results are available use up and down arrows to review and enter to select.
Sep 14, 2016 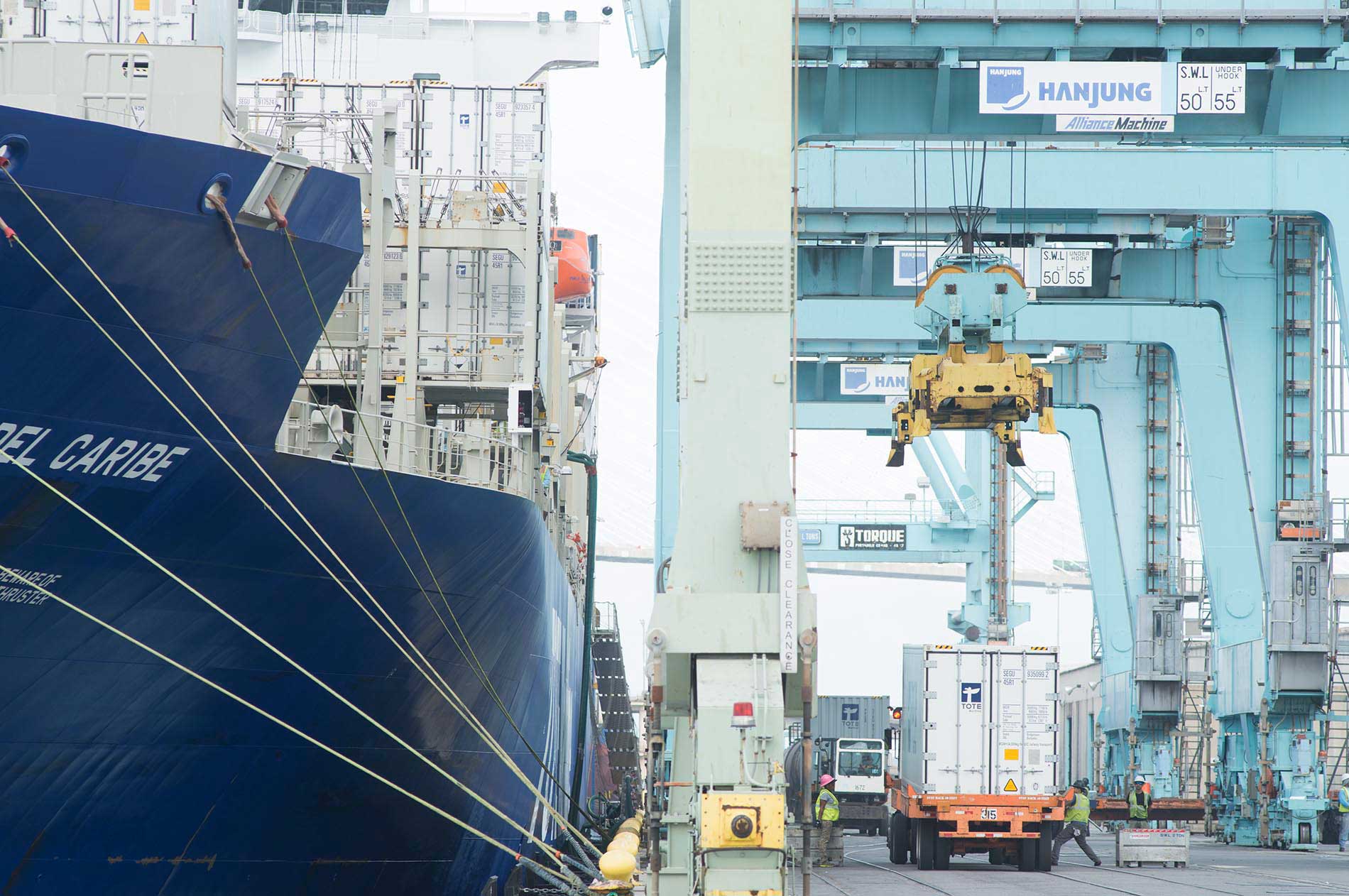 Case number eleven on my list of landmark U.S. Supreme Court Longshore cases is a Jones Act case, but with significant consequences for the adjudication of claims under the Longshore Act.

The employer in the case of Southwest Marine, Inc. v. Byron Gizoni, 502 U.S. 81 (1991), operated a ship repair facility.  It owned several floating platforms and barges which it moved around by tugboats.  The tugs positioned the platforms alongside vessels under repair.  The platforms were used to move equipment, materials, supplies, and vessel components around the shipyard.  Once in place, the platforms supported the ship repair personnel.

The plaintiff in this case was a rigging foreman who worked on and rode the floating platforms as they were towed into place.  He occasionally served as lookout and gave maneuvering signals to the tugboat operators and secured lines from the platforms to the vessels under repair.

Many questions were raised in this case, and its pivotal holdings have complicated the overlapping coverage and jurisdictional issues between the (mutually exclusive) Longshore and Harbor Workers’ Compensation Act and the Jones Act.

Among the key questions:


In the Jones Act lawsuit, the federal district court granted summary judgment to the employer based on the facts that the floating platforms were not vessels and that the claimant was a ship repairman, not a seaman, and was precluded from suing his employer by the exclusivity provision in section 5(a) of the Longshore Act (33 U.S.C. 905(a)).

The federal Ninth Circuit Court of Appeals reversed the district court’s grant of summary judgment on the issue of seaman status, finding that questions of fact existed as to seaman status and whether the platforms were vessels.  The Ninth Circuit also reversed the district court’s ruling that the claimant was precluded from bringing suit by the Longshore Act’s exclusivity provision.

The U.S. Supreme Court granted review.  The federal Fifth Circuit had held to the contrary on several of these issues in Pizzitolo v. Electro-Coal Transfer Corp., 812 F.2d 977 (1987) so a circuit conflict existed.  The Supreme Court affirmed the Ninth Circuit’s rulings, and in the process established several important principles.

Does exclusivity protect the employer from suit?

The liability of an employer … shall be exclusive and in place of all other liability of such employer to the employee … and anyone otherwise entitled to recover damages from such employer at law or in admiralty on account of such injury or death ….”

Of course, section 5(a) provides the employer with immunity from lawsuits by employees covered by the Longshore Act.  But if the “employee” could arguably be a Jones Act seaman, excluded from Longshore Act coverage by section 2(3)(G), then the exclusivity provision would not apply to bar his seaman’s suit.


The Gizoni decision in a nutshell:  Even though a worker’s occupation is enumerated in the Longshore Act the worker can not be precluded from entitlement to Jones Act benefits if he can successfully pass the test for seaman status.  The injured worker does not have to choose between two mutually exclusive remedies.  He is not precluded by the doctrines of judicial estoppel or collateral estoppel from pursuing both remedies simultaneously.

NOTE:  In Gizoni the issue of coverage had never been litigated to a conclusion with regard to the Longshore claim.  There have been cases where an adjudication of status under the Longshore Act has precluded a subsequent Jones Act claim.  We may not have seen the last word on the possible application of estoppel doctrines in this context.