Report a Claim Member Login
When autocomplete results are available use up and down arrows to review and enter to select.
Mar 15, 2016 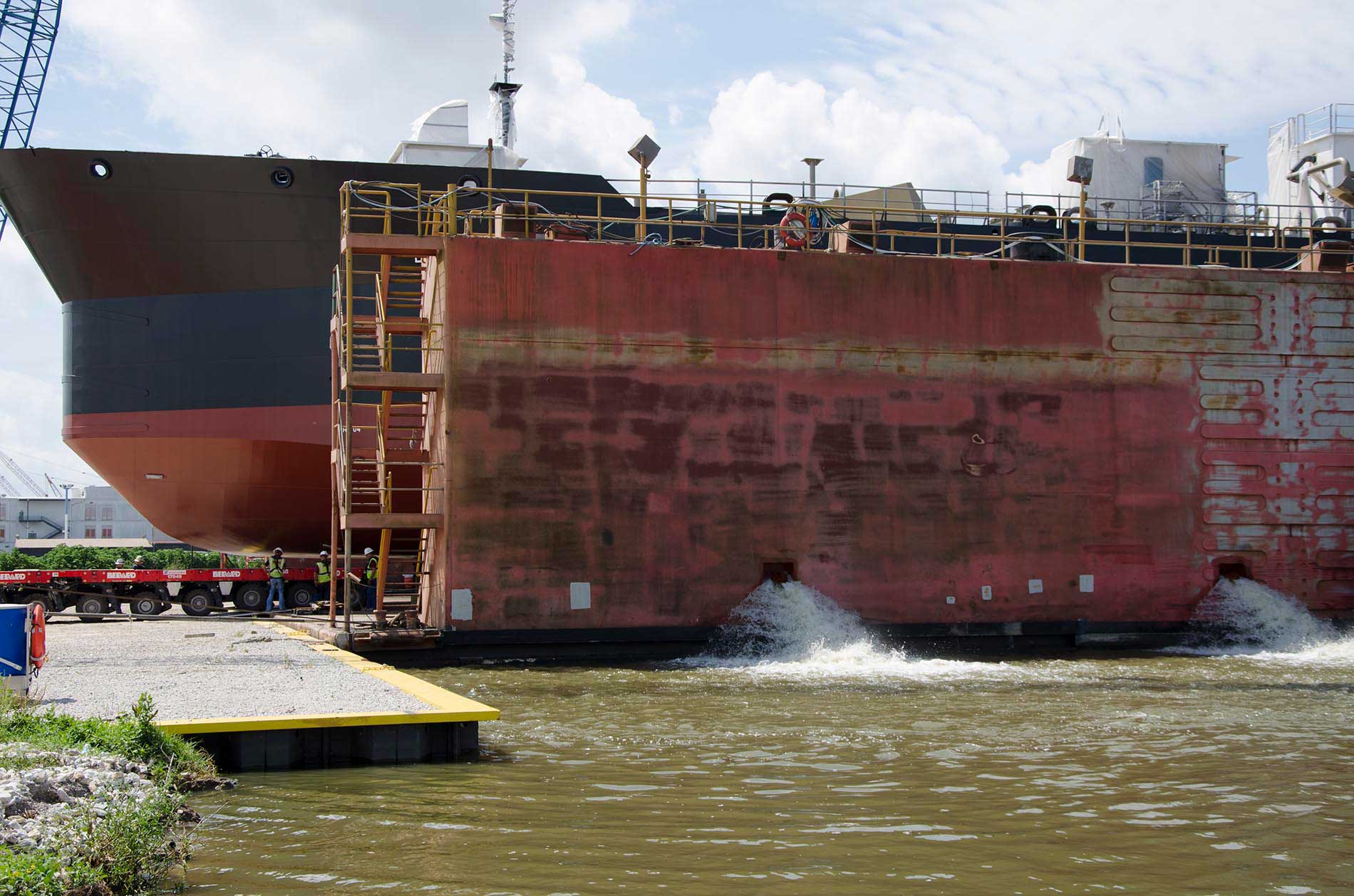 On February 1, 2016, I discussed the last case on my list of the top six landmark Longshore Act cases.  This time what I’d like to do is to identify the landmark cases that we need but that we don’t yet have.  There are important, disputed issues and circuit conflicts that have not yet been resolved by the U.S. Supreme Court but that should be.


“Except as 137 (1978) or death of an employee, but only if the disability or death results from an injury occurring upon the navigable waters of the United States (including any adjoining pier, wharf, dry dock, terminal, building way, marine railway, or other adjoining area customarily used by an employer in loading, unloading, repairing, dismantling, or building a vessel).”

You can meet the situs requirement for Longshore Act coverage in one of three ways:
The issue to be resolved in our hypothetical future Supreme Court case is the interpretation of “other adjoining area …”

With its April 29, 2013, decision in New Orleans Depot Services, Inc. v. Director, Office of Workers’ Compensation Programs et al. (Zepeda) the federal Fifth Circuit Court of Appeals joined the Fourth Circuit (Sidwell v. Express Container Services, 71 F.3d 1134 (1990)) in a restrictive approach, defining “adjoining” as contiguous to or touching navigable waters.  Prior to Zepeda, the Fifth Circuit had been a leading circuit in an expansive interpretation of the term adjoining.

Circuits other than the Fourth and the Fifth use a geographic/functional approach that does not require that an “adjoining” area be physically contiguous with the water.

What does “adjoining” mean?  The Fourth and Fifth Circuits base their narrow interpretation on the word’s primary dictionary meaning and their own plain reading of the statute.

The Fourth Circuit states – “The ordinary meaning of the word ‘adjoin’ indicates that the area to which Section 3(a) refers must be contiguous with or otherwise touch navigable waters.  If there are other areas between the navigable waters and the area in question, the latter area simply is not ‘adjoining’ the water under any reasonable definition of that word.”

Other circuits, such as the Ninth, read the same statute and take a different meaning.

The Ninth Circuit states – “Consideration should be given to the following factors, among others, in determining whether or not a site is an ‘adjoining area’ under Section 903(a):  the particular suitability of the site for the maritime uses referred to in the statute; whether adjoining properties are devoted primarily to uses in maritime commerce; the proximity of the site to the waterway; and whether the site is as close to the waterway as is feasible given all of the circumstances in the case” (Brady-Hamilton Stevedores v. Herron, 568 F.2nd 137 (1978)).

Other circuits, notably the First and the Third, take an approach similar to the Ninth’s.

A circuit conflict on such a basic element of coverage should be resolved by the Supreme Court.

The Ninth Circuit has recently been right on the situs of injury question for Outer Continental Shelf Lands Act (OCSLA) coverage, and it is probably right on the question of  interest due on past due compensation (compound not simple interest).  If it’s right on contiguous versus vicinity situs issue then the Supreme Court should say so.

NOTE:  Unsolicited opinion warning:  Workers who are engaged in maritime employment such as the container repair mechanics involved in Sidwell and Zepeda, but whose employers have been forced to relocate away from the waterfront for economic reasons should not necessarily lose Longshore Act coverage.

At any rate, contiguous or in the vicinity, you should get the same answer in each of the federal circuits under a statute based on the principle of national uniformity in maritime matters.

Admittedly, the position taken by the Fourth and Fifth Circuits is straightforward and certain.  “Adjoining” means contiguous with and touching.

The opposing view typified by the Ninth Circuit’s approach is more nuanced, and admittedly has more moving parts, such as distance from the water, use of intervening properties, use of neighboring properties, reasons why the employer chose the location, etc. in the effort to identify maritime neighborhoods that “adjoin” or are in the vicinity of navigable waters.

I don’t think that the approaches taken by the Fourth and Fifth Circuits as opposed to the Ninth, Third, and First Circuits are necessarily at two opposite poles of the argument.  Here’s what I mean.

The 1972 Amendments to the Longshore Act, recognizing the changing location of maritime employment, followed the maritime work landward by extending coverage to adjoining landside areas where work had moved due to technological and economic changes in cargo handling and ship fabrication.  The Amendments intended to provide uniform Longshore Act coverage to maritime workers on both sides of the water line. You could make the argument that if, for largely economic reasons, the work has moved again, then uniform Longshore Act benefits should again follow the maritime workers.

The more expensive that waterfront property becomes and the more expansive terminal operations become, the more you expect maritime workers such as container repairmen, transportation workers, ship fabricators, etc. to be working away from the water.

I’m not suggesting that a covered situs is anywhere where maritime activity occurs, but perhaps it should be part of the situs analysis.  This approach is at the opposite pole from the interpretation of the Fourth and Fifth Circuits, placing the Ninth Circuit’s formulation more in the middle.

How far from the water is too far?  Rather than an arbitrary line at some point, maybe it’s where the non-maritime factors outweigh the maritime factors governing a particular site’s location.  Although absolutely no court has endorsed this, maybe some element of the nature of the work should be considered.

This conflict can be resolved by the Supreme Court.  Maybe this will be the next landmark Longshore Act case.