Report a Claim Member Login
When autocomplete results are available use up and down arrows to review and enter to select.
Jul 15, 2019 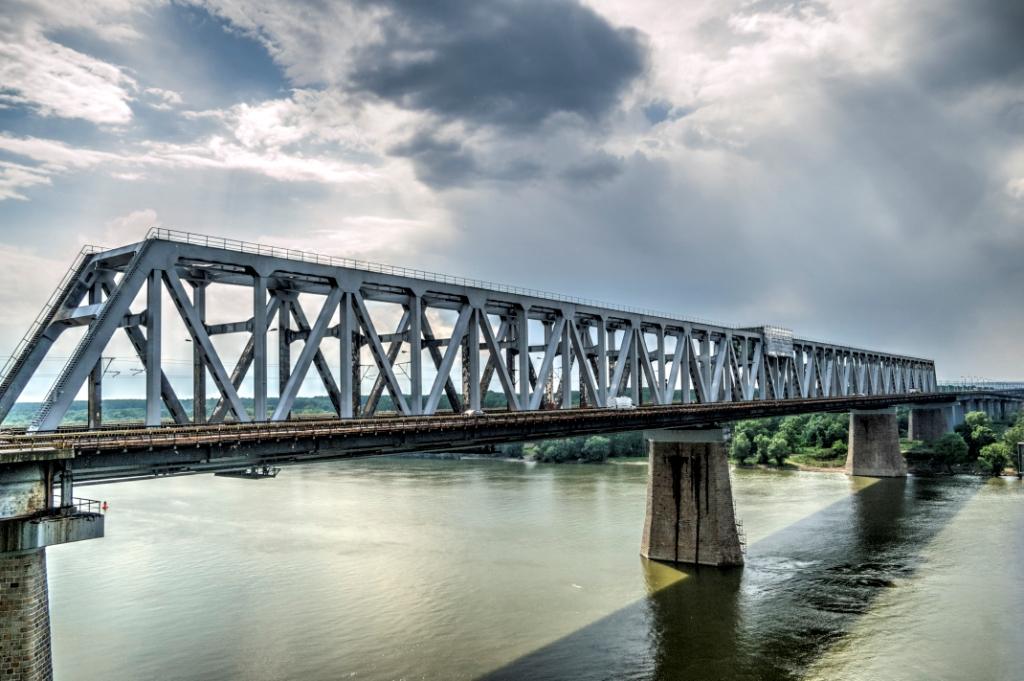 There are cases, unremarkable on their facts and conventionally decided, that are nevertheless noteworthy. This article outlines one such example – a bridge case.

If it’s a railroad bridge and the employee is employed by a railroad, then throw in the Federal Employers’ Liability Act (FELA) (45 U.S.C. Section 51 et seq.).

Principles regarding bridge work under the Longshore Act
The Longshore Act was extensively amended in 1972, in part to extend coverage to maritime employees in certain landward areas. The pre-Amendment coverage provision, section 903(a), stated, “Compensation shall be payable under this chapter in respect of disability or death of an employee, but only if the disability or death results from an injury occurring upon the navigable waters of the United States (including any dry dock) …” (33 U.S.C. 903(a)).

Workers were covered only if they worked “upon” the navigable waters of the U.S. or on a dry dock. This was a situs test only. There was no status requirement for coverage prior to the 1972 Amendments.

The current version of section 903(a) states, “… compensation shall be payable under this Act in respect of disability or death of an employee, but only if the disability or death results from an injury occurring upon the navigable waters of the United States (including any adjoining pier, wharf, dry dock, terminal, building way, marine railway, or other adjoining area customarily used by an employer in loading, unloading, repairing, dismantling, or building a vessel).”

Generally, working on bridges permanently affixed to land is not considered working upon the water, as bridges are considered extensions of the land.

Kenneth Muhammad v. Norfolk Southern Railway Co., No. 18-1695, (4th Cir. June 4, 2019)
This case involves a lawsuit filed by a railroad worker under the FELA in federal district court. The case turned on a discussion of situs under the Longshore Act.

The employee was injured while replacing railroad cross ties on a bridge over navigable waters. He filed a tort lawsuit based on negligence against his railroad employer under the FELA. The federal district court granted the employer’s motion to dismiss the case for lack of subject matter jurisdiction. The court’s opinion was that the employee was covered by the Longshore Act, which provided the worker’s exclusive remedy against the employer for workplace injuries under section 905(a). Thus, he had no remedy under the FELA.

The district court found that the employee met Longshore Act situs and status. It cited Lemelle v. B.F. Diamond Construction Co., 674 F.2nd 296 (4th Cir. 1982) for the proposition that situs included work both “upon” and “over” the navigable waters. The Lemelle case involved work on a drawbridge that could be raised to let ships pass and thus facilitated and aided maritime commerce. The district court also cited Chesapeake & Ohio Railway Co. v. Schwalb, 493 U.S. 40 (1989) in applying the status test. In the court’s opinion, repairing and rebuilding the bridge was an essential and integral element of the loading and unloading process of maritime traffic that passed beneath the bridge.

Having found that the employee met Longshore Act situs and status, the district court granted the employer’s motion to dismiss the FELA case.

On appeal, the federal Fourth Circuit Court of Appeals pointed out that the district court had gotten it wrong.

First, the Fourth Circuit held that the exclusivity provision of section 905(a) of the Longshore Act is not jurisdictional. It did not deprive the district court of jurisdiction over the case, but rather constituted an affirmative defense to the lawsuit with the employer bearing the burden of proof that it had immunity from the employee’s lawsuit.

Note: If the complaint had been filed in federal district court under the provisions of the Longshore Act (and not FELA), then the court would have lacked subject matter jurisdiction since the Longshore Act provides for adjudication through the U.S. Department of Labor with appeals directly to the federal circuit courts of appeal.

The appeals court treated the district court’s dismissal order as if it had found that the FELA claim was barred because the injury was covered exclusively by the Longshore Act, so it proceeded to address the issue of whether the employee was, in fact, covered by the Longshore Act.

Amendment test for coverage, i.e., if he was injured upon navigable waters. Under Director, Office of Workers’ Compensation Programs, U.S. Department of Labor v. Perini North River Associates, 459 U.S. 297 (1983), this coverage still applies. Anyone injured in the course of their employment upon the navigable waters is covered by the Longshore Act. The status test does not apply here.

The Fourth Circuit pointed out that work on a bridge was not work “upon” navigable waters, so there was no coverage under Perini.

Also, bridges were not included in the 1972 Amendment’s list of enumerated sites.

Finally, this railroad bridge was not an “other adjoining area” under section 903(a) since it was not customarily used for maritime activity. It was accessible only by land and was not contiguous with the water. The fact that its center span lifted to accommodate ships was not enough of a connection with loading/unloading activity. Therefore, no coverage under the current version of Section 903(a).

I termed the case “noteworthy” because in the course of its discussion, the Fourth Circuit addressed a couple of somewhat awkward precedents.

The court addressed the holding in Lemelle, the drawbridge case. It pointed out that Lemelle was actually a status case, since the parties had stipulated to situs, but the decision did contain some unhelpful language with regard to situs. In Muhammad, the court distinguished Lemelle because, among other reasons, the work in Lemelle employed the extensive use of barges and other vessels that were actually “upon” the water.

The court also discussed the case of Zapata Haynie Corp. v. Bernard, 933 F.2nd 256 (4th Cir. 1991), in which a fish spotter working from an airplane aided commercial fishing. The worker was found to be covered under the Longshore Act. Flying in an airplane over the water is not working “upon” the navigable waters. The court reasoned, however, that “… traditionally crewmen would climb to the crow’s nest of fishing vessels to spot fish.” The idea was that an employee whose entire work time was spent performing this traditional function could be considered as engaging in work upon the water.

Note: Of course, if these workers had, in fact, been crewmembers, then they would have been excluded from Longshore Act coverage under section 902(3)(G).

So, one could say that the Muhammad case (which did not involve the use of vessels) somewhat clarified and provided some context for two curious precedents.

Since the Fourth Circuit held that the employee in Muhammad did not meet situs for Longshore Act coverage for his work on a land accessible bridge, it was not necessary to decide the maritime status issue. The case was remanded to the district court for consideration of FELA issues, since the employer’s affirmative defense based on the Longshore Act constituting the employee’s exclusive remedy failed.