Report a Claim Member Access
When autocomplete results are available use up and down arrows to review and enter to select.
Oct 8, 2018 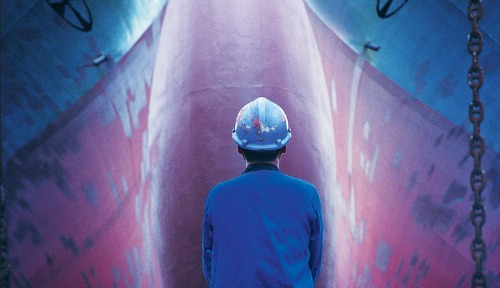 Over the years, we’ve discussed numerous times on our blog the concepts of “situs” and “status” and the statutory coverage exclusions. Questions about these concepts arise every day.

Here are a few examples that demonstrate the questions that can arise around coverage.

Question 1: Should a shipyard require all contractors and subcontractors coming onto its property to have USL&H coverage?
An employer has a contract with a large shipyard to deliver copying machines. Since the machines are for the office, the contractor’s employees do not go on board vessels. They deliver and install the machines at the shipyard’s offices, a covered situs adjacent to navigable waters.

The shipyard has a firm policy that all contractors and subcontractors coming on to its property must have USL&H insurance coverage.

Is this a USL&H exposure? It most probably is not. First, it seems that the vendor exclusion of section 2(3)(D) would apply. The employees are 1) employed by a vendor, supplier, or transporter, 2) temporarily on the premises of a maritime employer, and 3) not doing work normally done by the maritime employer’s employees. They deliver a product and leave.

Alternatively, although these workers meet the “situs” requirement for coverage, it is unlikely that they meet “status” for maritime employment. Their work is not integral or essential to the ongoing shipbuilding operation.

But is the shipyard right to require that all contractors and subcontractors coming on to its property have USL&H insurance? This is a sound policy. There are too many coverage uncertainties and unpredictable situations, and section 4(a) makes the shipyard the statutory employer for the employees of uninsured subcontractors.

Question 2: Are employees working to clean, remove, and otherwise dispose of weedy vegetation on the banks of a ship repair facility covered under the Act?
At first impression, it seems to be a stretch to consider this type of landscaping work to be maritime employment, but it could become complicated.

Possible scenario #1: The work is being done by contractors, and it is purely for cleanup and “beautification”. I would say that these workers would not have maritime “status” for Longshore coverage.

Possible scenario #2: The work is being done by contractors, and it is necessary for ship repair customers and employees to have access to the vessels coming in for repair. Under these circumstances this work could be considered integral or essential to the ongoing ship repair operations. These workers could have Longshore Act status.

Possible scenario #3:  The work is being done by ship repair employees as overtime or otherwise in addition to their regular duties. Since these workers meet “status” by virtue of their ship repair work, and there is no moment of injury test for “status”, these workers would be covered by the Longshore Act throughout their employment, even while doing landscaping work.

Question 3: For a spudded down barge being used in the production of natural gas in a marshy area of state territorial waters, how is employer liability determined for on-the-job injuries?
The first question is whether this “marshy area” is navigable as in “navigable waters of the U.S”. That is, does it carry or is it capable of carrying interstate or international commerce? The barge got in there somehow, either by tow or under its own power so that suggests that the water is navigable. If it isn’t, then you have state act workers’ compensation exposure.

Is the barge a vessel? It is attached to the bottom, but only temporarily. If it were permanently affixed, then it would not be a vessel. But since it traveled to the site, and it is carrying gas production equipment and personnel, it seems to meet the vessel test.

The fact that we have a vessel on navigable waters broadens the employer’s/barge owner’s potential liability considerably. The employer and the vessel owner will have liability to injured employees who qualify as crewmembers under the Jones Act and the general maritime law.

For employees who do not qualify as crew, we have to sort out possible exposure under state act workers’ compensation, the Longshore Act, and the Outer Continental Shelf Lands Act (OCSLA).
Oil and gas exploration, production, and transportation in state territorial waters are not maritime employment, so the workers will not have maritime “status” under the Longshore Act. They would be covered by state act compensation.

Are employees loading and unloading supplies and equipment other than personal tools and other items? I don’t think that the employer can rule out possible Longshore Act exposure.

What about the OCSLA? They are not working on the outer continental shelf of the U.S. (OCS), but under the new Supreme Court test for OCSLA coverage (Valladolid) the injury does not have to occur on the OCS. The work must have “substantial nexus” to the employer’s operations on the OCS. We don’t know enough here about the employer’s OCS operations, if any, and the relationship of this work to those operations. But at least be aware of possible OCSLA exposure.

Question 4: Are security guards, employed by a stevedore, working in a “guard shack” dockside to vessels being loaded and unloaded covered by the Longshore Act?
Section 2(3)(A) of the Act excludes workers employed “exclusively” in “office” security work. So, the first question is whether the “guard shack” is an “office” as contemplated in section 2(3)(A). I don’t think that it qualifies as a business office, so regardless of how much time they spend in the guard shack I don’t think that the exclusion applies.

Question 5: Are welders employed by a “tank farm” covered by the Longshore Act?
In this case, the tank farm in question is a facility for the storage of oil or petroleum products as the products are unloaded and before the products are transported to end users. The employed welders are charged with maintenance and repair of the pipes, pumps, and storage tanks.

No statutory exclusion applies, so it comes down to “situs” and “status”. The property is adjacent to navigable waters. It is contiguous with the water so even in the federal Fourth and Fifth circuit courts of appeal it would seem to qualify as an “other adjoining area” for Longshore “situs”.

A question is raised about the configuration of the property, however. The individual tanks are surrounded by six-foot walls, and there is an asphalt road running between the tanks and the water. Does the fact that the tanks are somewhat sectioned off from the rest of the property affect the situs issue?

I don’t think so. Generally, if one part of the employer’s maritime property is adjacent to the water then the entire property is a covered situs.

The oil is unloaded, stored temporarily, and transshipped. This looks like a typical longshoring operation, and we have seen that the workers who build, repair, and maintain the buildings and equipment used in longshoring operations meet the “status” test for Longshore Act coverage.

These have been just a few of the coverage questions that routinely arise under the Longshore Act. If you’re interested in more like this, here are a few past blogs that discuss similar issues: