Report a Claim Member Login
When autocomplete results are available use up and down arrows to review and enter to select.
Dec 27, 2016 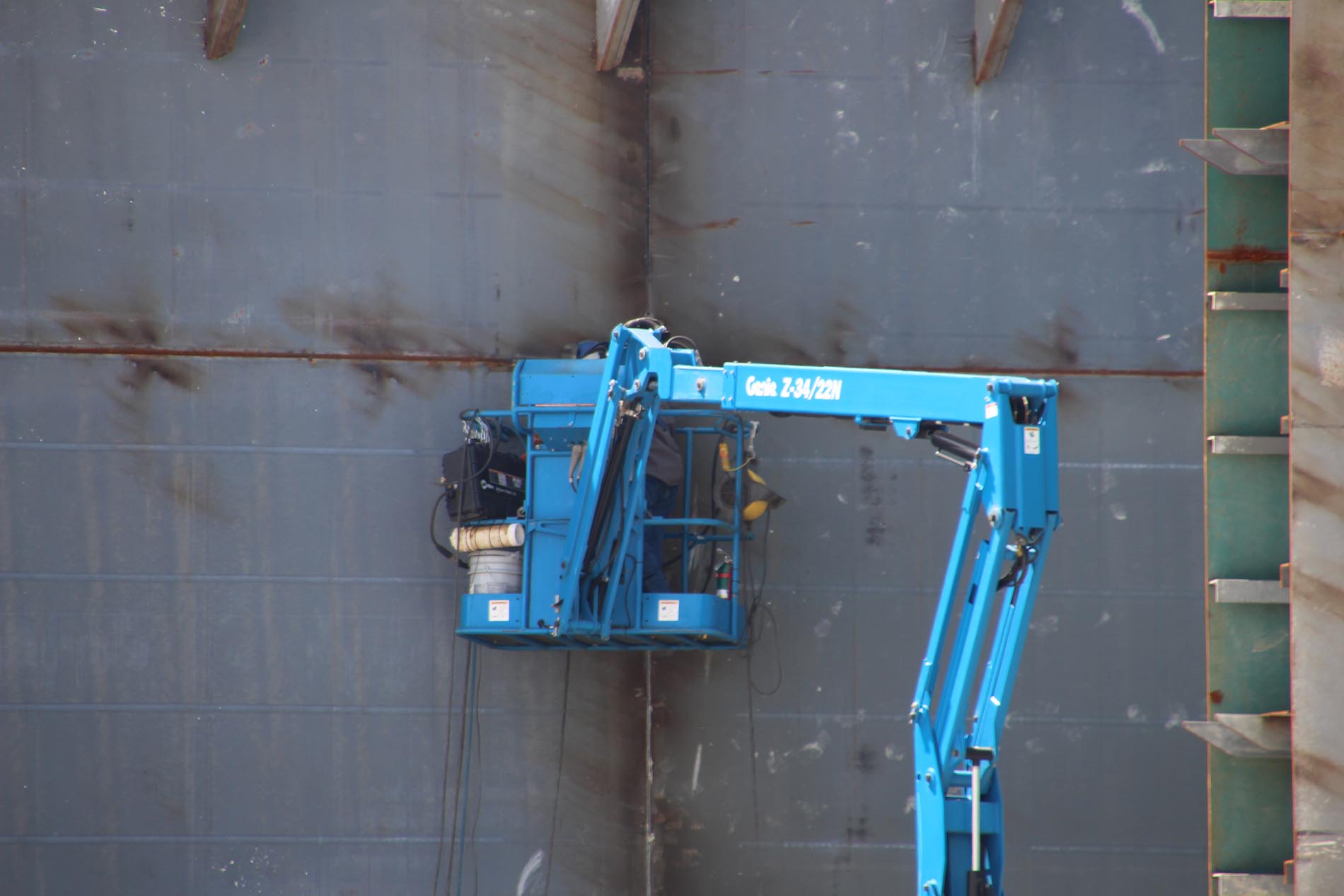 Here is Part Two of a brief summary of interesting (to me) cases from calendar year 2016.

David F. Pittman v. New Century Fabricators, Incorporated and American Interstate Insurance Company; Director, Office of Workers’ Compensation Programs, U.S. Department of Labor, BRB No. 15-0470, June 20, 2016
In this case, the claimant filed a claim for Longshore Act benefits and also filed a third party tort suit in federal court.  He settled the third party suit for the gross amount of $650,000 with a net recovery to him of $375,000 (the remaining $275,000 went to attorney’s fees and expenses).  The employer was aware of the lawsuit and settlement negotiations, but it did not give its written approval of the settlement as possibly required by section 33(g)(1).

To make a long story short, the issue in the case was: do you use the gross amount of a third party settlement or the net amount to determine if the injured worker must meet his prior written approval obligation under section 33(g)(1)?  Section 33(g) does not specify “net” or “gross”.

In the Pittman case, the U.S. Department of Labor’s (DOL) Administrative Law Judge (ALJ) used the net figure and barred the injured worker’s Longshore Act claim since the settlement was for less than the estimated compensation entitlement..

On appeal, the Benefits Review Board (BRB) reversed the ALJ.  The BRB held that the gross amount of the third party settlement is the relevant figure for purposes of the section 33(g)(1) comparison.  Since the gross amount of the settlement ($650,000) was for more than the worker’s compensation entitlement ($524,960), written approval was not required and his claim was not barred.

The claimant worked as a marine carpenter at a waterside marine fabrication yard.  He was injured while building a housing module designed for eventual use on Big Foot, a tension leg platform (TLP) that would operate in oil production on the outer continental shelf of the United States (OCS).  He filed a claim for Longshore Act benefits as a shipbuilder, and alternatively he filed a claim under the Outer Continental Shelf Lands Act based on his work on the TLP.

The Longshore claim was denied based on the determination that the TLP was a fixed platform and was not a vessel.  Thus the claimant was not engaged in maritime employment as a shipbuilder.

The OCSLA claim involved an interpretation of the U.S. Supreme Court’s substantial nexus test from the case of Pacific Operators Offshore LLP v. Vallodolid, 132 S. Ct. 680 (2012).  Under this test the employee must establish a significant causal link between his injury and his employer’s on-OCS operations.  The claimant’s injury at the fabrication facility did not satisfy this test.

The job of constructing living and dining quarters “… is too attenuated from Big Foot’s future purpose of extracting natural resources from the OCS for the OCSLA to cover his injury.”

Also, although the employer manufactured the living modules the company had no role in moving Big Foot to, installing Big Foot on, or operating Big Foot on the OCS.  Thus his injury did not satisfy the substantial nexus test for OCSLA coverage.

James Fenske v. Service Employees International, Inc.; Insurance Company of the State of Pennsylvania; Director, Office of Workers’ Compensation Programs, DOL, Ninth Circuit No. 14-71512, August 26, 2016
In this case, the claimant sought compensation for a hearing loss concurrent with total disability caused by a back injury.

The last day that claimant worked, October 9, 2005, was his last day of exposure to injurious workplace noise.

Based on the June 4, 2009 date of the audiogram and the October 9, 2005 last day worked, the date of injury for the claimed scheduled award for hearing loss was October 9, 2005.

This is an example of the well established rule that an injured worker cannot receive concurrent payments for a scheduled award and, as here, PTD.

Note:  The federal Ninth Circuit Court of Appeals noted that it has never directly held that the concurrent payment prohibition applies to scheduled awards and TTD (it seems to me that the same principle would apply), although it appears that it has done so in this case.

There are other scenarios in which concurrent payments may be allowed.  For example, if an injured worker receives a permanent partial disability (PPD) award under section 8(c)(21) based on a loss of wage earning capacity (not a scheduled award) and then later receives an award for PTD for a different injury, he may receive concurrent PPD and PTD payments if the average weekly wage for the PTD award has already been decreased by the prior PPD.

This is not our case here.  The Fenske case involves a scheduled award, which is not based on a loss of wage earning capacity.  So you cannot have concurrent payments for scheduled awards and PTD (and presumably TTD).

I think that in a month or so I’ll discuss concurrent benefits more broadly.

Abdullah A. Ahmed v. Western Ports Transportation, Inc., BRB No. 16-0067, September 21, 2016
This is a truck driver case that I discussed at the AEU blog on October 26, 2016.  It is a good discussion by the BRB of truck driver cases in general both from a situs as well as a status perspective.

In this case, the claimant was a truck driver moving containers between the Port of Seattle and the Union Pacific Intermodal rail Facility, located two or three miles inland.  The BRB affirmed the ALJ’s determination that the claimant did not meet Longshore Act status and also did not meet situs.

On the status question, the claimant was not engaged in maritime activity, since his job of moving cargo between a terminal and a rail yard located outside the port was the first step in land transportation of cargo previously at sea (or going the other way the last step in land transportation of cargo going to sea).  The claimant in this case did not board ships, load or unload cargo, or transport cargo within the port facility.  He carried cargo from the Port to areas outside the Port.  Longshoremen loaded the cargo onto the truck and the warehouse or railway workers unloaded it while the driver sat in the truck.

On the situs question, since this case arose in the jurisdiction of the federal Ninth Circuit Court of Appeals, the ALJ used the so-called Herron factors from the case of Brady-Hamilton Stevedore Co. v. Herron, 568 F.2nd 137 (9th Cir. 1978) to determine whether the Intermodal Facility was an “other adjoining area” under section 3(a) of the Longshore Act.  The determination depends on whether or not the area where the injury occurred is in the vicinity of navigable waters (contiguity not required in the Ninth Circuit), or in a neighboring area, and is customarily used for maritime activity.  Thus the area must have a geographic and functional relationship with the navigable waters.

The BRB affirmed the finding that the Intermodal facility functioned as an area of landward transportation and not maritime commerce.

So, no status and no situs for this truck driver.

William Paul Crace v. Huntington Ingalls, Incorporated, Fifth Circuit No. 16-30205, October 19, 2016
The claimant in this case worked for a subcontractor responsible for inspecting a ship prior to it being commissioned and delivered to the Navy.

A key issue in the claimant’s lawsuit under section 905(b) of the Longshore Act was whether the federal district court lacked jurisdiction because the ship was not a completed vessel at the time of the accident.  The district court had granted summary judgment to the defendant on this issue.

Although the ship had successfully completed sea trials, it was still being outfitted and inspected prior to final delivery.  In the federal Fifth Circuit, “a structure under construction remains a non-vessel until it is complete and ready for duty upon the sea”.  Thus, the incomplete ship was not a vessel and maritime law did not apply.

That’s it for calendar year 2016.  I’ll take another look, and if I find any more cases that are interesting (to me) I’ll have a Part Three.