Report a Claim Member Access
When autocomplete results are available use up and down arrows to review and enter to select.
Aug 16, 2021

Are Workers at a Floating Museum Covered Under the Longshore Act? 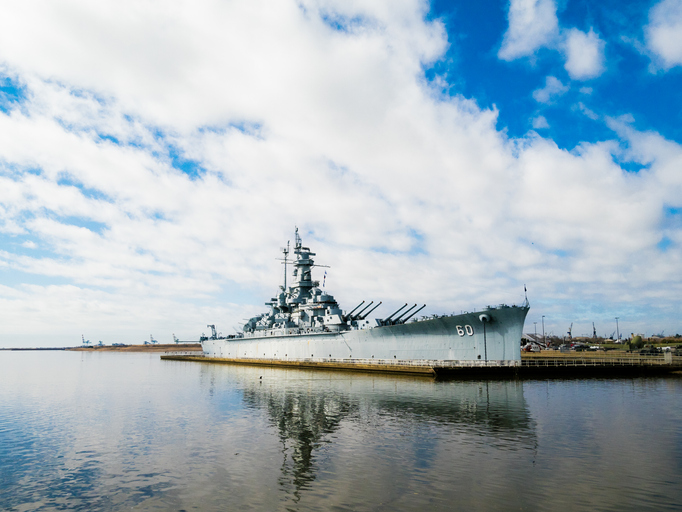 The USS Alabama is a decommissioned World War II U.S. Navy battleship that has been designated as a National Historic Landmark. It comprises part of the Veteran’s Memorial Park in Mobile, Alabama. The Park is operated by the State of Alabama, and the USS Alabama has been open to the public as a Museum since January 1, 1965, at its anchorage in Mobile Bay.

A seemingly simple question arose recently regarding workers’ compensation coverage for workers employed on a contract to install or repair flooring on the USS Alabama.

It turned out that analyzing this question for the purpose of coming up with a coverage opinion required consideration of most of the key coverage elements under the provisions of the Longshore and Harbor Workers’ Compensation Act (LHWCA or the Longshore Act), 33 U.S.C. 901 et seq.

Here are the statutory provisions and landmark case law that our coverage analysis considered.

Section 902(3) – This is the Status requirement for coverage under the Longshore Act. “… any person engaged in maritime employment including any longshoreman or other person engaged in longshoring operations, and any harbor worker, including a ship repairman, shipbuilder, or shipbreaker” meets the status requirement as a maritime employee.  We have discussed status many times at the Longshore Insider.

Section 903(a) - This is the Situs requirement for coverage under the Longshore Act. “… if the disability or death results from an injury occurring upon the navigable waters of the U.S. – including any adjoining pier, wharf, dry dock, terminal, building way, marine railway, or other adjoining area customarily used in loading, unloading, repairing, or building a vessel” then the situs requirement is satisfied.  We have also discussed situs many times.

Section 903(B) – This section excludes certain individuals from coverage under the Longshore Act. “...individuals employed by a club, camp, recreational operation, restaurant, museum, or retail outlet...” and "...an officer or employee of the United States, or any agency thereof, or of any state or foreign government, or any subdivision thereof.”

The Daniel Ball, 10 Wall 557, 19 L.Ed. 999 (1871) – The LHWCA uses the “navigable in fact” test from Admiralty law.  “Those waters must be regarded as public navigable rivers in law which are navigable in fact.  And they are navigable in fact when they are used, or are susceptible of being used in their ordinary condition as highways for commerce … by themselves, or by uniting with other waters, a continued highway over which commerce is or may be carried on with other states or foreign countries…”

Lozman v. The City of Riviera Beach, FL, 568 U.S. 115 (2013) – test for vessel status from the U.S. Supreme Court.  Any contrivance, seen through the eyes of a reasonable observer, that is practically capable of serving as a means of transportation for people or things over water.

NOTE:  Prior to the 1972 Amendments there was only one coverage requirement under the Longshore Act.  The injury had to occur in the course and scope of employment upon the navigable waters of the United States.  Such an injury is still covered today.  There is no Status requirement for injuries occurring over the water.

So, how do all these principles apply to the issue of workers’ compensation coverage for the workers repairing the flooring on the USS Alabama?

First, do any exclusions apply? These workers are contractors and not employees of the museum, so the Section 902(3)(B) museum employee exclusion does not apply.

They are also not employees of the State of Alabama so the Section 903(b) exclusion does not apply to them either.

What about Status as maritime employees? Are they maritime employees engaged in vessel repair or maintenance?  Maybe. But is the USS Alabama a vessel now?  It has been stationary since 1964 and is designated as a National Historic Landmark. It serves no transportation function. We can safely say that it has been permanently withdrawn from navigation. I don’t think that it passes the Lozman vessel status test.  This would seem to rule out Status for these workers based on vessel maintenance or repair.

What about loading and unloading? The workers are likely carrying tools and materials for the job onto the USS Alabama. Could this give them Status? Since we don’t have a vessel, I don’t think that we have cargo, even if personal tools and job-specific material could be stretched to qualify somehow as cargo.

What about Status as “harbor workers”? I don’t think so. Installing new floors in a museum doesn’t have anything to do with maritime commerce in Mobile Bay.

So Status for these workers under the Longshore Act is problematic. But you never know. Let’s consider Situs.

The Veteran’s Memorial Park adjoins (i.e., is contiguous with) Mobile Bay, which we are assuming is navigable water. But is the section of the Park where the USS Alabama is located navigable? Is the Park a covered situs under Section 903(a)?

Section 903(a) provides three ways to meet situs:  (1) an injury upon the navigable waters of the U.S., (2) an injury on an enumerated site, or (3) an injury on an “other adjoining area”. The location of the USS Alabama is not an enumerated site such as a pier, wharf, dry dock, terminal, building way, or marine railway. Is it an “other adjoining area customarily used for loading, unloading, repairing, or building a vessel? We’ve decided that the USS Alabama is no longer a vessel. The Veteran’s Memorial Park is a museum and tourist attraction. I don’t think that the Park satisfies the Situs requirement as an "other adjoining area".

So far things are not looking too good for LHWCA coverage, but let’s get back to the first part of Section 3(a) that refers to injuries occurring upon the navigable waters. An injury occurring upon the navigable waters meets Situs, but if we assume that these workers don’t meet Status as maritime employees, and you must meet both Status and Situs for LHWCA coverage, are the workers out of luck (defining good luck as being injured and being covered by the Longshore Act)?

This is the point where Perini comes in.  Is the USS Alabama afloat upon the navigable waters? If so, these workers would be covered under the Longshore Act for injuries that occur over the water. We’ve assumed that Mobile Bay is navigable, but there is an enclosure surrounding the USS Alabama. It looks like a floating walkway surrounding the former vessel.  Nothing about it appears permanent, nor does it appear that the water inside the enclosure on which the USS Alabama sits has been permanently removed from the Bay. Simply removing the barrier, which it appears could easily be done, would clearly render the water once again part of the Bay and indisputably navigable.

It appears to me that injuries occurring during the work on the USS Alabama would be covered under the LHWCA by virtue of Perini.

Finally, Perini coverage is conditioned on there being no applicable statutory exclusion. We’ve already concluded that the museum employee and state government employee exclusions do not apply to these private contractors, so I think we have our answer.

Jack Martone joined The American Equity Underwriters, Inc. in 2006, where he serves as Senior Vice President, AEU Advisory Services. Prior to AEU, Jack served for 27 years in the U.S. Department of Labor, Office of Workers Compensation Programs, as Chief, Branch of Insurance, Financial Management, and Assessments and Acting Director, Division of Longshore and Harbor Workers' Compensation for the U.S. Department of Labor. As Branch Chief, Jack directed the licensing and regulation of insurance carriers and self-insured employers under the Longshore and Harbor Workers’ Compensation Act. Jack received his bachelor’s degree from Fordham University and his Juris Doctorate from St. John’s University School of Law