Report a Claim Member Login
When autocomplete results are available use up and down arrows to review and enter to select.
Jun 17, 2019

Are Parking Lots Covered by the Longshore Act? 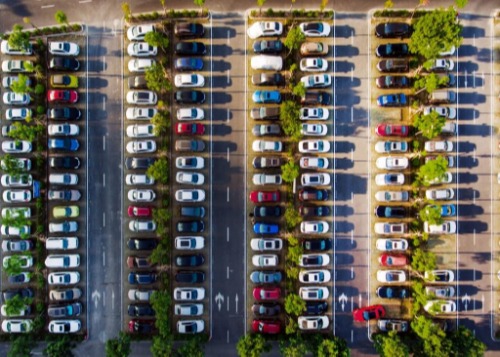 The issues of situs and status as they relate to incidents in parking lots can present some tricky questions. There are also the issues arising out of and in the course of employment. These frequently involve questions of where the parking lot is located and what relationship the employer has with the property.

Here is a review of the situs requirement for Longshore Act coverage and some considerations with regard to incidents in parking lots, followed by a discussion of a recent Benefits Review Board (BRB) decision. The BRB’s decision applies a principle and clarifies a situs issue that I was surprised to see needed clarification.

“Except as otherwise provided in this section, compensation shall be payable under this Act in respect of disability or death of an employee, but only if the disability or death results from an injury occurring upon the navigable waters of the United States (including any adjoining pier, wharf, dry dock, terminal, building way, marine railway, or other adjoining area customarily used by an employer in loading, unloading, repairing, dismantling, or building a vessel).”

Situs is determined based on the location of the injury at the time the injury occurs.

It matters in which federal circuit court jurisdiction the incident occurred. In the Fourth Circuit (states of Virginia, South Carolina, Maryland, North Carolina, West Virginia) and the Fifth Circuit (states of Texas, Louisiana, Mississippi), the phrase “other adjoining area” is defined as an area that is contiguous to or touches the water, while the other circuits determine situs by using an analysis that involves both geography and function in relation to the navigable water.

All aspects of the employer’s control of the area and the parameters of employee use will be relevant to the issues of arising out of and in the course of employment. For example, if the parking lot is not part of the employer’s premises and the injury occurs before or after normal business hours, then an issue will arise as to whether the injury occurred while the employee was coming to or going from work (i.e., commuting), which is not compensable.

The parking lot must satisfy the Longshore Act’s situs requirement. The location where the injury occurs must be: 1) over navigable waters of the United States, or 2) on an enumerated site such as an adjoining pier, wharf, dry dock, terminal, building way, or marine railway, or 3) on an “other adjoining area customarily used by an employer” for maritime activity.

If the parking lot is not a covered situs, then there is no Longshore Act coverage.

With all of the foregoing in mind, there is a recent decision from the BRB which illustrates one aspect of the situs issue as it relates to parking lots.

Levi Church v. Huntington Ingalls, Inc. – Pascagoula Operations, BRB No. 18-0258, 04/24/2019
In this case, the claimant suffered an injury when he stepped in a pothole in the employer’s parking lot while walking to the security gate at the beginning of the work day. The parking lot is within the perimeter of the boundaries of the shipyard, but separated from the shipyard production areas by fencing and a security gate.

The employer filed a motion with the Administrative Law Judge (ALJ) for Summary Decision, arguing that the injury did not occur on a covered situs. Their argument was that it was just a parking lot. While it met the geographic nexus to navigable waters as part of the shipyard, it did not meet the functional nexus test. No shipbuilding activity took place there.

The case was appealed to the BRB, which reversed the ALJ’s order.

The BRB held that the entire shipyard is a covered situs. The parking lot is a covered situs by virtue of its location within the boundaries of the employer’s shipyard. It is unnecessary to address its function separately.

To illustrate the principle, the BRB quoted from a federal Fourth Circuit Court of Appeals case: “It is not unusual for marine terminals to cover many hundreds of acres. Such terminals are covered in their entirety. It is not necessary that the precise location of an injury be used for loading and unloading operations … It suffices that the overall area which includes the location is part of a terminal adjoining water.” (Sidwell v. Express Container Services, Inc., 71 F.3d 1134 (4th Cir. 1995))

In a similar case, the BRB stated, “An entire shipyard is covered. We reject the assertion that the parking lot lacks a functional nexus to navigable waters merely because it is separated from shipbuilding operations by a fence.” (Spain v. Expeditors & Prod. Service Co., Inc., 52 BRBS 73, (2018))

You can see that to not apply this “within the boundaries” principle would be to create the potential for a real jigsaw puzzle of walking in and out of coverage within the marine terminal and shipyard properties. The worker, of course, retains his maritime status throughout his employment, but situs is determined at the moment of injury. You can’t have the situs issue raised each time a worker travels from the parking lot to the locker room to a production area to a break room to a restroom (and so on) during the course of the day based on the functional nexus of the area to shipbuilding or cargo handling. Once within the boundaries of a marine terminal or shipyard that meets situs, the worker meets the situs requirement.

NOTE: A shipyard (or a marine terminal) is not a mixed-use area, such as a manufacturing plant located on the water, which raises different issues with regard to situs and status. In the typical mixed-use facility, raw material is unloaded at one end and then begins movement through the facility’s different departments until it emerges at the other end as finished manufactured product. In this type of facility, unloading and cargo handling changes into manufacturing at some point. It is at that point where maritime employment ceases and non-maritime manufacturing begins. The workers engaged in manufacturing do not meet maritime status and the manufacturing areas do not meet situs because the area, although adjacent to the water, is not customarily used for maritime activity.

A shipyard, however, is not a mixed-use facility.

What’s the final word on parking lots – are they covered?
Here is our principle: if a shipyard or marine terminal meets the “other adjoining area” test, either by the approach (touching the water at some point) taken by the Fourth and Fifth Circuits, or by meeting the functional and geographic nexus tests in the other circuits, then the entire facility meets the situs requirement for Longshore Act coverage. Internal dividing lines like fences will not affect this.