Report a Claim Member Access
When autocomplete results are available use up and down arrows to review and enter to select.
Oct 5, 2020 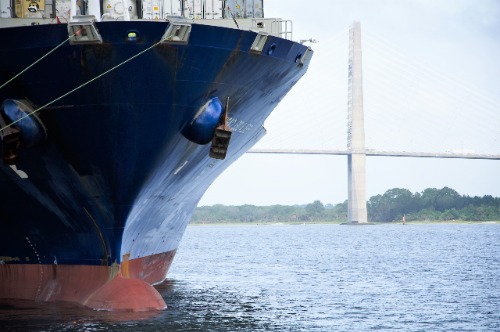 1. Can I terminate an employee for filing too many workers’ compensation claims, or even one claim?

Absolutely not. This would be a clear violation of Section 948(a) of the United States Longshore and Harbor Workers’ Compensation Act (LHWCA, or Longshore Act) which reads:

“It shall be unlawful for any employer or his duly authorized agent to discharge or in any other manner discriminate against an employee as to his employment because such employee has claimed or attempted to claim compensation from such employer, or because he has testified or is about to testify in a proceeding under this chapter.”

The Department of Labor recently updated the fine associated with violations as follows:

“Any employer who violates this section, and has penalties assessed for such violation after January 15, 2020, shall be liable for a penalty of not less than $2,444 or more than $12,219 to be paid (by the employer alone, and not by a carrier) to the district director for deposit in the special fund described in section 44 of the Act, 33 U.S.C. 944; and shall restore the employee to his or her employment along with all wages lost due to the discrimination unless the employee has ceased to be qualified to perform the duties of employment.”

2. If an injured worker tested positive for illegal drugs and was fired as a result, why wasn’t his claim denied?

For longshore claims, your USL&H provider must abide by the laws and regulations surrounding the Longshore Act. Section 20 of the Act indicates, “it shall be presumed, in the absence of substantial evidence to the contrary… (c) that the injury was not occasioned solely by the intoxication of the injured employee.”

In other words, your USL&H provider must show that no other factors contributed to the accident/injury – and do so with substantial evidence. This is a very difficult burden for employers and carriers to overcome, but your carrier’s claims professionals should have a strategy in place for how to most effectively and efficiently manage claims where alcohol or drugs were involved.

3. Why can’t we fight more claims in court?

Claims with conflicts are what are fought in court. Conflicts include the amount of compensation, causation, conflicting medical opinion or the ability to work, among other issues. It is important to note that litigating cases is expensive, and the law and court favor the employee. Therefore, the best approach is to reduce the number of conflicts and focus on those that not only have the biggest impact on the claim’s value, but where there is a good chance for a decision to be in favor of the employer/carrier.

The downside of trying cases is that if the claimant prevails, not only does the employer/carrier pay for their defense costs, but also the claimant’s attorney fees. Claimant attorneys do not get a contingency fee, such as a percentage of his client’s award. Finally, keep in mind that when a claim is tried, the outcome is now in someone else’s hands.

Most claims are filed by honest people who have been legitimately injured, and we work hard to restore normalcy to their lives. These claims resolve naturally.

4. Is the claim worth that much? Can we settle for a lower value?

All settlements of Longshore claims must be approved for adequacy by the Office of Worker’s Compensation Programs (OWCP) or by an Administrative Law Judge (ALJ). The OWCP and the DOL will work to protect the claimant’s interest, even if he is represented by an attorney, to ensure that the employer/carrier is giving a fair settlement, paying all benefits that are due.

In the cases where Medicare’s interests need to be protected, that is another level of potential scrutiny. If the OWCP or ALJ finds that the settlement is not adequate, then a deficiency order is given with reasoning and the parties can continue to work towards approval.

5. This claimant isn’t a citizen. Does this mean we should deny benefits?

No, this is not a viable defense in Longshore claims. Otherwise, employers could potentially be incentivized to hire undocumented workers and not be responsible for benefits should they become injured. Even if the employee produces manufactured identification, he is still entitled to benefits for the work-related injury.

This article originally appeared in the Longshore Insider on March 25, 2019.

Will Scheffler joined The American Equity Underwriters, Inc. in 1998 and serves as Senior Vice President, Director of Claims. His insurance experience began in 1993 with FARA and continued with the ALMA branch (now AEU) in 1998. He has been a speaker at Loyola Law School’s Annual Longshore Conference, U.S. Department of Labor seminars, and ALMA conferences. Will is licensed as an adjuster in Maine, Alabama, and Louisiana and is a licensed Qualified Manager in California. He serves on the Advisory Board for Loyola’s Annual Longshore Conference. Will received his bachelor’s degree from Louisiana State University and earned the CPCU and AIC designations from The Institutes.